Throughout the history of Disney theme parks, from the opening of Disneyland in 1955, to each new park and land opening all the way through Shanghai Disneyland in 2016 and even up to the latest land coming to a “galaxy” near you, there has been one common denominator that is the foundation of their success…

It’s the Cast Members – men and women who bring all the above to life.

And there’s no better example of this than the newest land, Galaxy’s Edge, which opened in Disneyland and Disney’s Hollywood Studios in 2019. 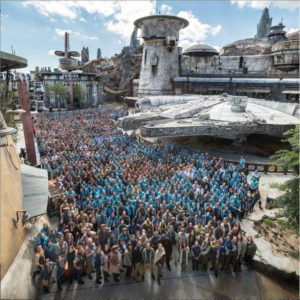 Pictured above are Disneyland Cast Members, a few days prior to the opening of Galaxy’s Edge on May 31, 2019. 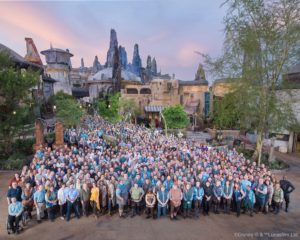 Pictured above are Disney Hollywood Studios Cast Members, a few days prior to the opening of Galaxy’s Edge on August 29, 2019.

Cast Members have always been integral to the concepts and ideals of Disney’s theme parks. Walt Disney summed it up very well in this quote:

You can dream, create, design, and build the most wonderful place in the world…but it requires people to make the dream a reality.

In Galaxy’s Edge, Disney has given Cast Members more “connection” to the experience than ever before. Cast Members are being told that this is a place where they too play a role in helping the Guest Experience come to life.

Many of the Cast Members are part of the Resistance. They are supporting Guests in the queue at the coming Rise of the Resistance, and at various other venues. In other locations, such as Docking Bay 9 and up on the Star Destroyer, you’ll encounter those associated with the First Order.

The residents of Black Spire Outpost make up the remainder of the Cast Members. They handle much of the support for food and beverage as well as retail. In their role, some can lean toward either the Resistance or the First Order. Or, they can maintain a neutral or even “I could care less” position about who is in charge. But as it relates to the story, they are “caught” between the pull of both sides.

J. Jeff Kober, a former Cast Member who was instrumental in the writing of Disney’s “Be Our Guest” book, provided me with the above information. He went on, adding the following thoughts that are applicable to your organization:

The concepts above are crucial to the success of your hospitality ministry. But they don’t just appear out of nowhere. Today’s Galaxy’s Edge Cast Members started their journey the same way Cast Members have from the very beginning – with the vision and values of Disney.

Again, thanks to J. Jeff Kober for the inspiration!

Want to know more about Guest Experiences at your church? Let’s talk! Connect with an Auxano Navigator here.

Interested in bringing your team (up to 5 people) to Auxano’s Guest Experience Boot Camp coming to West Palm Beach, FL on February 26-27? Find out more here. 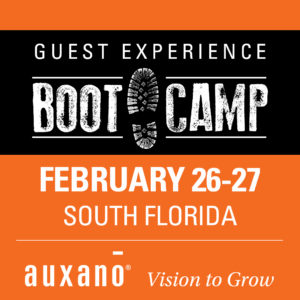