A wayfinding system links different people together, even if they do not share a common language or destination, by guiding all of them through the same spaces with a single system of communication. The unifying language of a wayfinding system creates a public narrative of how people witness, read, and experience a space. Each sign in a system, each separate voice, serves a particular function and displays a specific kind of content called a message, which might include nonverbal graphic symbols, images, or words.

Most wayfinding systems can be broken down into several categories of signs: identification, directional, orientation, and regulatory.

Identification – the building blocks of wayfinding

Directional – the circulatory system of wayfinding

Regulatory – describes the do’s and don’ts of a place

Orientation – provides an overview of surroundings

The sign narrative is the voice of the building or place and its owner, revealing the pathways and destinations of the building or space, the rules that govern how to use it, and essential information about activities happening within. It is the job of the wayfinding designer to weave these voices together into a single eloquent statement as people navigate the space.

Wayfinding systems serve living environments where functions for areas change, spaces are renovated, and new facilities are constructed. Wayfinding systems must be flexible and adapt to the evolution of a place.

As I have in the previous two posts, I call your attention to Walt Disney World and the amazing use of signage throughout the property. In addition to covering the categories mentioned above, the genius of the Imagineers takes it several steps further by designing all wayfinding pieces to be an integral part of the theme the participant is experiencing.

The picture above is a good representation. Found outside the location of Enchanted Tales with Belle, the primary purpose is to guide Guests to the queue for the attraction. A closer look reveals key elements of the Beauty and the Beast story (the sign in the shape of a book, Lumiere, the windmill and gears from Maurice’s inventions) as well as a cottage housing the queue wait time clock.

You aren’t just directed to the location, you are immersed in the experience even before you meet Belle.

That is the power of wayfinding.

Part One: Why Wayfinding Matters: What We Can Learn from Disney Culture

Information from this recent series of posts has come from The Wayfinding Handbook by David Gibson. A concise and engaging work, it is an excellent resource for leaders wanting to apply the art and science of wayfinding to their organization. The extensive illustrations, using real-life examples, provide a visual analysis of the fundamentals that lead to great wayfinding design.

As a leader, you may not think of yourself as a designer. If you think this, you would be wrong.

Wayfinding design is an intuitive process we use all the time, one that helps us navigate the places and spaces we encounter every day. Leaders may not design a wayfinding system, but they should have a clear understanding of the process. 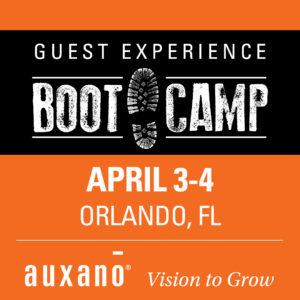